Since that time we have been working tirelessly to make the transition to the new venture as seamless & effective as possible. February saw the National launch of the company in Adelaide at the Australian National Wine Centre, with over 200 people attending (without doubt the largest Industry Event seen in Adelaide). Many guests coming from interstate, included Insurers, Repairers, Network Suppliers, OEM representatives, State Politicians with media coverage from Australasian Paint & Panel Magazine & the National Collision Repairer.

The evening was interspersed with breaks for everyone to network – one of the core values of Car Craft. Special guest presenter for the evening was Andrew Fagan, CEO of AFL club the Adelaide Crows – talked about the journey that the Crows had encountered – drawing on some comparisons between the Crows goals and Car Crafts’ ambitions.

A television advertisement for Car Craft SA was also on show highlighting a new customer incentive the free auto excess policy – Road Rewards. “This campaign will run for one week/month over a ve month period on the Ten Network and include some 420 ad placements”, Bava added. A newly created digital presentation emphasising the bene ts of Car Craft was also on display.

“The era of individual stand-alone repairers sadly is coming to an end,” said Wayne Phipps, Car Craft’s WA Chairman. “The need to be a part of a network is now more important than it’s ever been before”, he added.

The era of individual stand-alone repairers sadly is coming to an end, the need to be a part of a network is now more important than it’s ever been before. Wayne Phipps, Car Craft’s WA Chairman.

Going on to say: “Car Craft offers the stand alone independent business owner an alternative and a way forward by being part of a progressive group that is loyal to its supplier network”.

“Car Craft has one major advantage over the consolidation model – it has been acknowledged by many work providers that the owner operators will always provide better outcomes in terms of quality and service than managed businesses – real skin in the game”, Phipps said.

He concluded with: “Our goal is for Car Craft Accident Repair Centres to become the first choice of not only the motoring public, but fleet companies and insurance work providers and to build on our already established reputation across Australia.”

This edition marks the last of the current On Track Newsletters as a State publication – it will soon change to a National periodical, with input from contributing State Car Craft Branches, via individual State Managers.

The focus being on National issues, story-lines and relevant industry information. 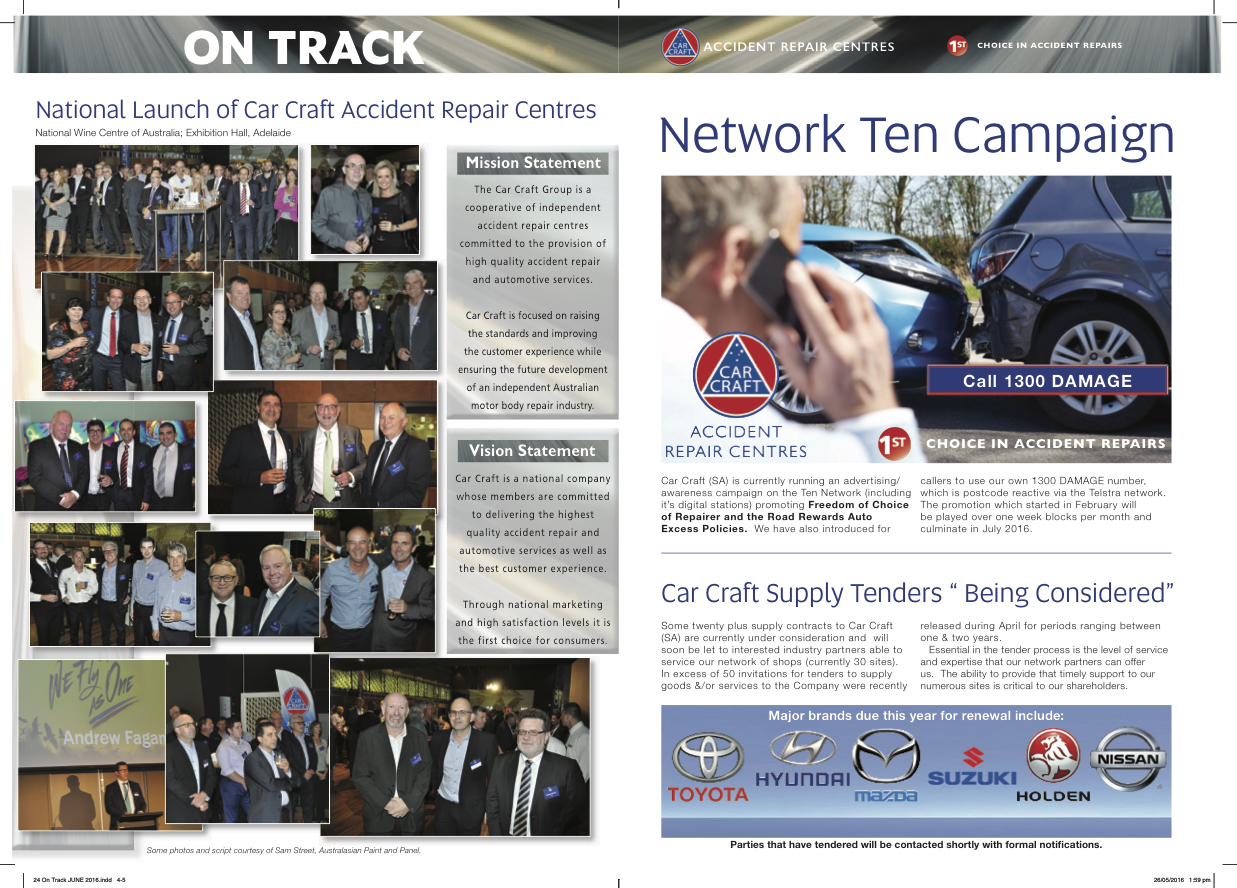 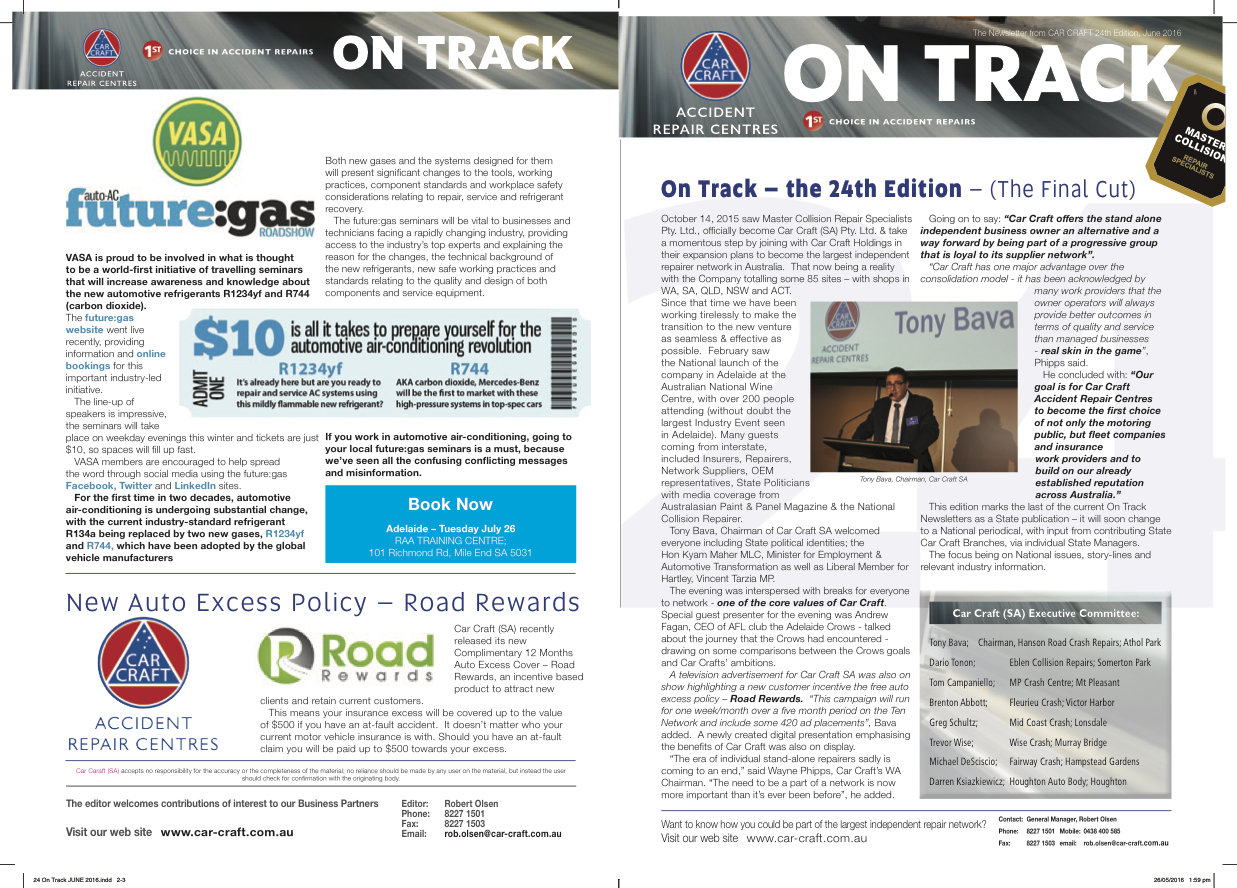